Wow! Christmas has come and gone!

I have to admit this year it was really hard to get into the Christmas spirit! I think the lack of snow was a major contributor. So how was your Christmas? Ours was good. Santa came and spoiled the kids again! Here are some photos of the big day!

Our tree all lit up! I know the photo looks a little warped, it's because we were playing with the ISO on the camera. I have a point and shoot, but can put it in manual mode and I thought it would be fun to play with it! I like the effect I got, I just need to get a tripod! 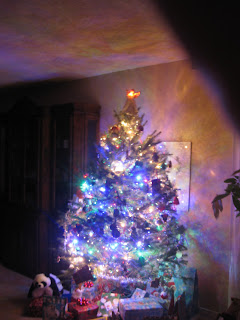 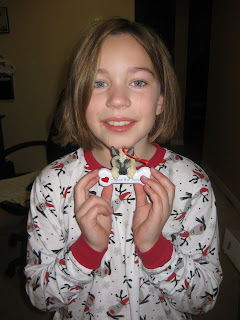 Anize was so happy when she got this ornament. It has her favorite dog on it, a German Shepard! 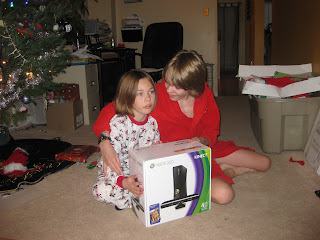 Jared was so excited when he opened up the X-box Kinect! Here is explaining to Anize what it is. Once she realised what it was, she got a huge smile on her face too! They love it. They even brought it up to Pembroke, where the grand-parents and their uncle tried it out! I think we are going to have a lot of fun with this gift!!! 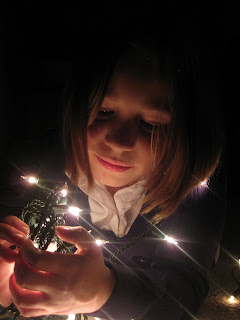 Another picture where I was playing with the ISO on the camera. I love this shot!

Jared had his annual Christmas concert at school again this year. He did a really good job of it! They played quite a few songs. I think this is the first time he was actually excited about doing a concert! 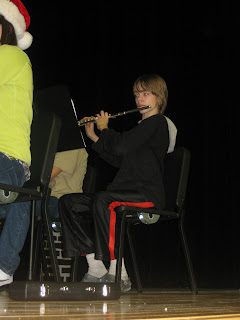 I haven't had much time lately to be creative in my scrap room. But I did manage to get some cards done, here is one the bunch that I made. 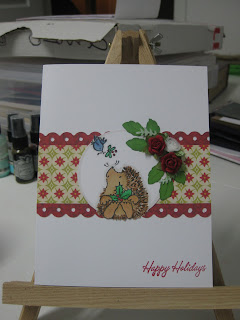 I just wanted to share a few Layouts that I have made this week. I love being off! I get to clean the house and take some me time to be creative! 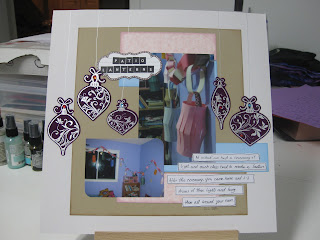 Here is one last layout for 2011. Anize has started to write stories. She has written at least 10 different little stories. They are cute. Now I just need to convince her to let me have one so I can put it away with this layout! 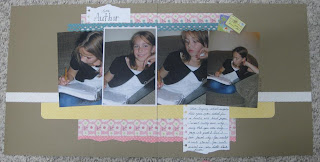 Happy New year to everyone! I hope that 2012 is good to you and your family!