Halloween and the flu!!!

Well Halloween came and went and so did the flu! Poor Jared was so sick that he lasted only 20-30 minutes on Halloween night. He was so sick from the flu this year that he missed an entire week. Poor guy!

Here he is all dressed up for Halloween for school. He decided to be a "Fairy Princess" this year. So we went to Value Village and picked up a dress that we glittered up and altered a touch ( the top was a little too low so we added some fabric), got him a cute wig and some wings.

So what do you think? I think he made a beautiful fairy!!!LOL! 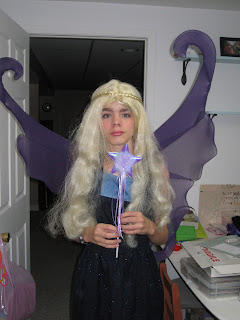 Anize chose to be a "Dead Bride" this year! Her costume was pretty easy to make this too! We bought a beautiful costume and dirtied it up with some brown dye. Then made her a veil and gave her a "dead" rose to carry! Here is the final product! 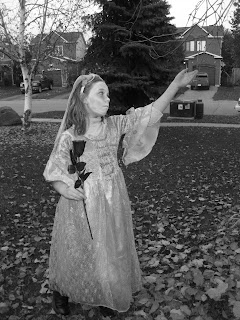 We all got dressed up at work too! I chose to dress up like a co-worker and told no one at work! They all got a real hoot out of it too when they saw me!

Here I am with my half  "Brother" LOL! 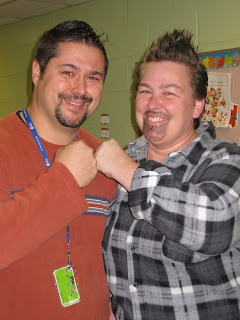 Lastly I guess I show you our pumpkins! Everyone decided to make their own this year. Anize made a ghost, Jared a winking face and Jeff made a Jailbird! LOL! 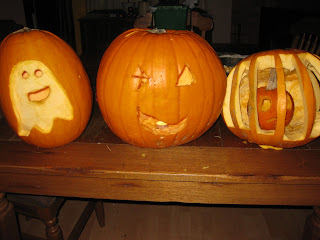